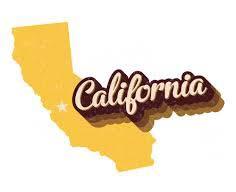 There's more going on this election year than the presidential election and the possibility of a civil war that seems to be coming with it. As usual, California voters will sort through an array of public policy choices and participate in direct democracy, for better or worse. My vote for president is Biden not because I like him, but because I am exceedingly dissatisfied with the Trump administration's goals, competence, and ethics. My vote in this matter hardly matters as California is "dark blue" as always.

I'm generally a huge fan of government-funded research, but this one is an odd duck. The Federal government is funding Stem Cell Research anyway these days as it is no longer a political football, and it seems like this is the sort of thing that should go through usual channels.

Prop 15: Allow the state to update taxes on corporate real-estate

My vote: Yes
Prop 15 takes the most blatantly indefensible parts of Prop 13, the bill that screwed up CA, and gets rid of them. I'm generally for anything that weakens Prop 13, and I sure don't mind having corporations pay full property tax.

I have complicated feelings about this one. Currently, CA has a state law that says:

"The state shall not discriminate against, or grant preferential treatment to, any individual or group on the basis of race, sex, color, ethnicity, or national origin..."

which mirrors the federal one. That sounds like a pretty good law to me, but one of its consequences is that you can't formally have affirmative action based on race, sex, color, etc. I firmly believe that systemic racism is laced through our culture and that its effects are obviously visible. I also think that it is possible to write an affirmative action policy based on the secondary effects of that racism 1 rather than canonizing race.

That said, I understand the more progressive viewpoint that we do need simple and strong fixes upfront that are hard to game. 2

I'm always for expanding voting rights. One of the reasons our criminal justice system is dysfunctional is that the people who have been through it are generally not allowed to vote. My opinions on Prop 17 tie in with the systemic racism opinions I was talking about in Prop 16. Let's get rid of another form of "Jim Crow."

Prop 18: 17 year-olds get right to vote in primaries

Ok, this Proposition is a two-parter.
Part A, says that if you inherit more than one house from your parents, all but one needs to be re-assessed and have their property taxes based on the new assessment. The current law (based on the awful, awful Prop 13) says that value is never re-assessed when a house passes from parent to child. Hypothetically the small house your grandma bought in SF for $20,000, which is now worth about $6 Million, continues to have you paying taxes on it as if it was $20k. Oh, and when you leave it to your child, and it is worth $16 Million, they STILL won't re-assess it.

The Prop 19 Part A makes it so you can only do this with one home per child. A step in the right direction, though I worry that it enshrines Prop 13 benefits even more.

Prop 19 Part B says that you can switch houses and keep your low taxes if you are elderly, disabled, or a disaster victim. 19B effectively enshrines those low taxes as a transferable object, as if they are a property right themselves. I'm not a fan.

I like Part A, but not enough to offset Part B. In general, I think we can do better

Prop 20 moves many misdemeanors to "wobblers" that can be charged either way and a bunch of "wobblers" to being felonies. It's a pretty simple "tough on crime" bill. I sort of see the allure as SF (and I suppose CA in general) has drifted into having a pretty severe law enforcement problem, and it just doesn't seem like the cops or justice system keep the peace. I don't think Prop 20 is going to work well, though. We have tried "tough on crime" plenty of times before, and it mostly doesn't seem to work. Prop 20 also doesn't make sense as a ballot initiative, it is the sort of thing that should be handled through the ordinary legislative procedure.

There is currently a general CA law that essentially prevents individual cities from passing rent control laws. I have mixed feelings about rent control laws, but I think it's much better to allow municipalities to adopt them or not as they want through their individual political process. I want to note specifically that this prop doesn't create some CA-wide rent control law; it gives cities more latitude on what laws they can pass.

Prop 22 is a counter to the law AB5, which was passed through normal processes earlier. AB5 made it so that gig workers (think Uber drivers) would be treated as ordinary full employees and be eligible for all the benefits that would typically come with that. It was also poorly written and managed to make it impossible to be a contractor of any sort without having this effect apply. AB5 is a terrible law and going to wreck the gig economy.

Many people have been saved by gig work, but many who have been screwed by it as well. Increasingly gig work is starting to design itself as a form of chickenization a factory town that can't be escaped. I think that it needs to be tackled by some regulation, though god help me, I hope it is better done than AB5, which comes closer to the "let's just cut the baby in half" model of justice.

I understand why someone might vote Yes on this one.

Too much medical regulation already, and seriously as a ballot measure? Prop 23 seems silly and inappropriate.

As a culture, we need to sort out personal information sharing and the laws governing it. That said, if the EFF is against it then Prop 24 probably didn't do an adequate job with dealing with the complexities of it's stated purpose.

Money bail is a travesty. I was trying to start a non-profit that helped people deal with the brutal consequences of cash bail a few years ago. Cash bail causes the poor to experience misdemeanors as felonies, forces the innocent to plead guilty regularly 3, and allows a wicked and extractive "bail bonds" industry to thrive.

Slatestarcodex.com may be down, but it looks like Scott put up his ballot suggestions on Reddit. It's interesting to see where he and I differed (which is mostly on the weird and wobbly ones)

Four years ago, I wrote up my ballot guide here: http://7goldfish.com/2016_CA_Ballot_Guide
Shamefully two years ago, I was out of the country and too occupied with a newborn to bother voting, though I usually really do try to vote in off-year elections.