16 Ways to Make Your Vote Count In CA 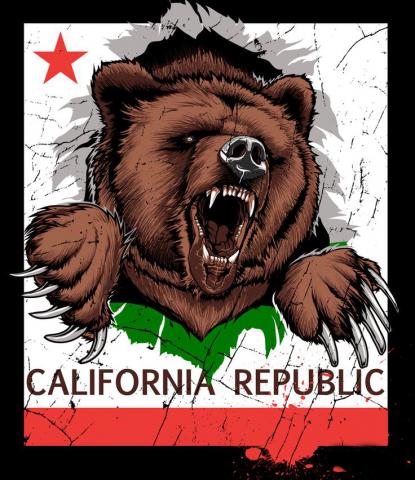 There's more going on this election season than the presidential election. As usual California voters will be asked to sort through the dizzying array of public policy choices and many of the propositions have the potential to swing on the votes of a few voters. (as opposed to the federal election, where California is solid, dark blue).
So Deepa (A first time voter in this country) & Harry spent some time to talk out the propositions, do a little cursory research, and share opinions... Which you can find below:

Harry: Against
I'm mostly focused on the idea that this is to "protect the actors". It appears that the actors don't want protecting, and given that there hasn't been a serious problem with STD transmission in the California pornography industry they don't seem to need it.. I honestly hadn't considered Deepa's angle and I think it has some validity but don't think that the underlying bill is well structured to establish norms; it doesn't require a visual of a condom being put on. Additionally, it's broadly worded and would include things like amateur pornography produced by couples.

Odds it will pass??

This is a totally informal set of guesses made as to if each prop will pass. In many cases there is little or no research at all put into the number estimate. They are just wild guesses for fun.

Deepa: Unsure
In principal I'm for the death penalty, and I feel that it is absurd that we keep prisoners at state expense for their lifetime. In practice given the irreversibility of the death penalty, the demonstrably high error rate and biases in our judicial system, and that seeking the death penalty seems to be very expensive, it seems like the pragmatic approach is to probably forgo it.

Harry: For 62, against 66
I'm universally against the death penalty, not because I think that death is the worst thing that can happen to a person but because I think that the state establishing "death as a punishment" legitimizes the idea that "it's ok to kill people because they did something you think is bad". I also think that if we are going to worry about cost of housing prisoners, there are probably a lot more people who who we could let go, than the 700 or so who we could get off the books by executing them. In conversation, I had heard that repealing the death penalty statistically caused a drop in homicide rates, but I just looked it up and it turns out there is no effect either way.

Harry & Deepa: For
Duh! It is 2016 and we live in California :) It seems to have worked out pretty well for several other states.

Harry & Deepa: Against
Though both of us are for schools, and totally willing to throw money at that, something is a little odd about this bill. It seems to be pushed really hard by the construction industry, and the majority of it's spending seems to be focused on construction and repair of school buildings. We are not familiar enough with the school system to know if the buildings are in very severe disrepair, but feel like that money would be better spent on programs, teachers and books than on walls.

Deepa: For
This does appear to be a collection of laws designed to make gun ownership more difficult. I support it for exactly that reason, gun violence is a blight upon the american populace, and I'm for anything that could help reduce it. We all share the concern about the growing trends of violence - One small step at a time.

Harry: Against
This appears to be a collection of laws designed to make it harder to own and use a gun. They don't particularly seem to be aimed at anything I would call a loop-hole or have any new idea that seems like it will make people dramatically safer from gun violence. What this looks like is simply an attempt to shave away at the 2nd amendment. I'm not uncomfortable with the idea of taking a long & hard look at the second amendment, and deciding if it's worth keeping, but this is not the way to do it. In particular, I am concerned that this delegitimizes other gun legislation in the country such as attempts to close the gun-show loophole.

Harry & Deepa: For
Because Prop 13 gutted California's ability to collect property tax in a reasonable manner back in 1978, we are left needing to make up that difference somewhere. Though the resulting income tax over 10% for people bringing in over $250,000 is sort of startling, a lot of that cost is probably being saved on property tax. California is currently running a budget surplus, but we are also in boom times, and could probably stand to pay off some our debt, which depending on who's math you use is between $25 billion and $400 billion.

PROP 54: bills be put on the internet before voting

Harry & Deepa: For
As far as we can tell there are no hidden gotcha's in this. The 90's called and they have this great idea!

Harry & Deepa: Against
Deepa
Although there are studies that support increasing the price of tobacco eventually reduces smoking esp. among young adults, I would think the correlation is also due to people becoming more aware of the health problems. I would rather vote for a proposition to reduce the price of nicotine patches and spending money on education of adverse effects.

Harry
My issue with tobacco taxes is that all of the people I know who smoke are already trying as hard as they can to quit. The idea that they are just balancing "well, does I want this cigarette more, or do I want

Deepa: For
Pollution and litter are serious problems, not just in California, but world wide, and to a great degree California leads the country, and often the world in adopting and developing environmental regulation. Plastic bags are not biodegradable and thus where it lands it tends to stay for long period of time. On top of that, the cleanup costs for plastic bags are very high, and though theoretically they are recyclable, in actuality less than 5% of them are.

Harry: Against
I'm a little on the fence about this one. Regarding the litter problem, I don't see many or any plastic bags blowing around in CA, though I take Deepa's point to heart about California often setting the environmental standard for the country, and I have seen plastic bags as giant piles of trash in many other places. In general I have a bias to vote against every ballot measure, and a bias against banning things that are just "bad" and not "really really horrible". I'm honestly not well informed enough regarding plastic bags to know if this is a legitimate environmental issue in CA, or if it's mostly just "green for show".

PROP 53: state projects over $2 billion must be voter approved

Harry & Deepa: Against
It's already too hard to get anything built in California, mostly because it's already a vetocracy. Adding another veto (and a particularly unstable and fickle one at that) isn't going to make our lives get any better. On top of that this has no exception for disaster relief, potentially leaving the governments hands tied at a crucial moment.

Harry & Deepa: For
The second part of this one is really exciting. At the moment it's up to the prosecutor to decide if they want to try a child as an adult, which simply seems absurd to me. This bill makes it so that a juvenile court judge needs to ok the switch. I'm very strongly against most instances trying children as adults, particularly because of the intensity of the horrors visited upon juveniles in adult facilities.

Additionally, the changes in who can get parole and how much are actually pretty small, and mostly aimed at cutting down prison population, which CA is under a mandate to do. In general the sentencing in the united states is far, far too draconian, and anything that softens it is a good thing.

Investigating this proposition did reveal that there are some really odd things not included in violent crime... including trying to blow people up with a bomb.

Harry & Deepa: For
So basically, the Federal government has a tax-matching program for hospitals. California uses this by taxing the hospitals ~$3 billion a year, getting it's matching, and then giving ~$6 billion a year back to the hospitals. It feels like a slightly sketchy way to get a federal grant, but California only gets back about 80¢ on the dollar in benefits for taxes paid to the federal government2, so there is at least some justification.

Harry & Deepa: Against
This is basically how it was before 1998 3, and moving back to it seems like a way to separate immigrant kids from the general population. Setting up a situation where students can fail to learn the dominant local language is a way to produce a standing underclass. 4

Harry & Deepa: For
This is basically high stakes chicken.
The bill would limit the state to at most pay the same price as the V.A. does for drugs when paying through MediCal. The idea being that the V.A. has a good negotiated rate, sometimes better than the one MediCal has.
From here, two things can happen:
Either the drug companies take the offered price (the V.A. price, which presumably still gives them a profit) and sell to one of the larger markets in the world
or
The drug companies refuse to sell at that price... in which case people die without their meds, the drug companies get a bunch of bad PR, the state government gets bad PR, no one makes any money, and everyone is very unhappy.

If the drug companies are rational actors, that won't happen. What is normally a sort of "game of chicken" with haggling over the drug prices is dramatically altered because now one side (the state government) basically is handcuffed into the car publicly. It's real, and costly signaling. Game theory says it should work.... but there are also lives on the line.

Harry & Deepa: Meh / For
I'm not sure why we are using the ballot as a polling booth.