A few words about politics 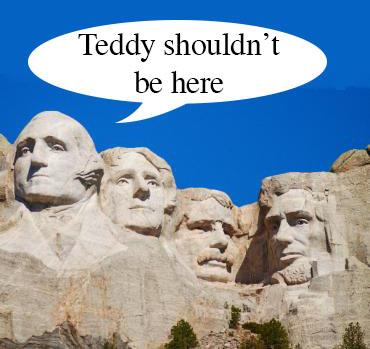 Etymology is fascinating with, particularly how words continue to echo their origins long after you would have expected drift to completely separate them. Reflecting on current and previous meanings of words helps me think about things in a new and useful light. There are a few words in politics that I think can use a little bit of inspection right now.

Progressive vs Liberal
When I was growing up there was essentially no difference between a progressive and a liberal. Progressive is a word that shares a root with "progress" meaning forward movement, it is attached to the idea that society should continue to develop in the way which it is currently developing. It also contains the implicit assumption that the next thing will always be better, or at the very least, will be a unpleasant but necessary step on the way to something better.1

Liberal, on the other hand, is a word that shares a root with "Liberty" meaning freedom. The core tendency behind liberal ideas is that we should attempt to provide the greatest amount of freedom possible within society. For a long time increasing freedom was seen as the obvious path of progress. More recently these two ideas have diverged as the immediate path of progress seems to be more focused on equity and justice than on freedom.

Republican vs Democrat
Republican is a marvelously well suited word for the G.O.P. right now. A republic is, in American english at least, a form of government where the public elects representatives to govern on their behalf. What is fascinating about this definition is that the elected officials are not necessarily proportional in number or power to the number of constituents they have. That is to say it is not a popular vote, with per-captia representation. The United States is a republic by this definition with the Senate being the place where this is most obvious. A Wyoming residents representation is ~80 times that of a California residents2. At the moment, in American politics, it happens that the Republican party is both the great supporter of, and the great beneficiary of this disproportionate representation.

In contrast Democrat comes from the word "Democracy", with it's root in the greek "Demos" meaning "the people" or "the population". 3 Democracy is generally seen as an extremely egalitarian political system, typically formed as "one citizen, one vote", and in the slightly more extreme version of "direct democracy" meaning that there are not intermediary officials at all. The United States was not formed as a democracy, but democracy none the less remains one of the key underlying myths behind the nation. The Democrats4 are both more publicly supportive of this myth, and also benefit more from cases where it is adopted, because popular opinion reliably swings leftward of policy.

Conservative
Shares a root with the word "conserve" or to preserve. This word has primarily been associated with the GOP, and this makes sense as the primary backers of that party were far more rural and more religious, two demographics which tend to take to cultural change slowly if at all. It's not clear that the word is an uncontested fit anymore though. Environmentalists and those concerned about climate change have at least as strong a claim to "preservation" as the GOP at this point. In my opinion the environmentalists actually have a better claim as if the cultural norms of carbon emission remain the same then eventually the environment changes, and the culture along with it, where as if the culture changes to preserve the environment there is probably less overall change.
There is also a weaker claim that a classical liberal focused on free speech, free choice, and equality of opportunity can be seen as conservative, in that they are trying to preserve the norms that have been achieved in that arena against the increasingly restrictive political norms of the progressives.

A random rant about Mt. Rushmore
Teddy died in 1919, Mt. Rushmore was started in 1923. Washington, Jefferson, and Lincoln were already well established as the political demigods that they are seen as currently in our secular pantheon. Conversely Roosevelt was still much more of a living memory politician. Building that monument would be sort of like making a giant statue of Washington, Lincoln, and Ronal Regan (or Ford). It's just so clearly an attempt to ram someone into a position of prestige that we generally prefer to let history elevate them into. I'm not bashing Ted as a president, he did pretty well, I'm just saying this happened too soon to be legit.