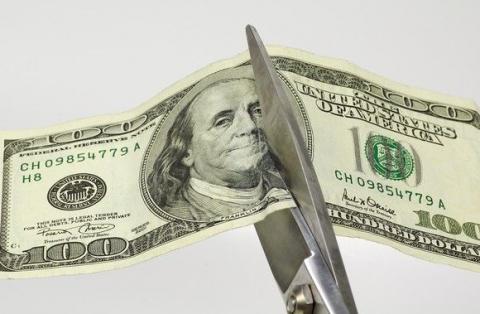 If you are not familiar with the ultimatum game, it's a sort of social psychology experiment. You (the tester) pick two people and give one of them (Alice) the chance to distribute $100. She can then offer as much or as little of it as she wants to the other (Bob). Finally, Bob can choose to either accept the offer or require that they both give back the money.

In most cultures, Alice will split 50/50 or maybe grab for a little more like 60/40, and Bob will reject anything that is a worse split than that. Of course, the outlook varies from person to person.

It's a game in the same sense that "prisoners dilemma" or "chicken" is a game. It also changes dramatically based on if you play iteratively (with the same people multiple times) or just once, and also if you play it with a public record or anonymously. Most importantly, it comes up all the time in real life.

Though it can be a little tricky to spot, business deals often work out to being the ultimatum game. If I'm a developer who owns a house, and you own the vacant lot next door, a lot which would allow me to build an apartment complex worth four times what the house is, then we are playing a complicated variant of the ultimatum game. I can offer to buy your lot, but how much of the profit will I give to your cut?

In the real life ultimatum game, often, people with vastly different resource levels are paired up with each other, leading to dramatic outcomes. Imagine that Alice is playing the ultimatum game with 90's Bill Gates and playing for one 100 million dollars. Bill gets the chance to decide how to split it, and in true 90's Microsoft form, he offers Alice 2 Million dollars, while he will keep $98 Million.

Even though this violates Alice's sense of justice, she isn't in a position to turn down 2 Million dollars. Bill, on the other hand, is. If Alice wins the chance to decide how to split the money, she has the temptation of offering a $50MM / $50MM split to Bill. On the other hand, Bill might casually mention that he's not going to go for anything less than 95%, and Alice would be a fool not to believe him.

The difference in the relative value of those dollars to Alice provides Bill with a massive amount of leverage. In a game between peers, iteration and public reputation are likely to make things more equitable, in a game with differential power dynamics, it's merely going to give the powerful even more power.

If these dynamics are well broadcast, we end up with something that looks like a monarchy. A "good" king doesn't rule by force, but by reputation and his ability to veto deals. Everyone naturally wants to bring the king deals that are biased to the king's advantage so that the king will approve the transaction. It becomes a social norm, as well as a good plan.

Similarly, we can see how this drives the wages of the poor down lower than expected. Imagine a janitor produces $200 of "value" a day. Both he and his employer see it roughly that way. For the employer, $200 means almost nothing one way or another, so they can play hardball and offer a wage of $50/day. Yes, it is unfair, but even that social inequity gets normalized away as it becomes more prevalent.

How far can this be taken? If 90's Bill offered you negative $10 and said he was going to keep the $100,000,010 for himself, you would have to be crazy to accept it. With the addition of three more real-world dynamics, even this can happen! These dynamics are chance (and expected outcomes), the concept of bankruptcy or death, and upkeep.

If we play the ultimatum game but bring a pair of dice into it, we can introduce uncertainty. We can call this game, "Gambler's Ultimatum." Say for instance the game is Alice and Bob play, but instead of offering Alice $100 to split, I say "I will roll two six-sided dice, and give you the value shown in dollars, you decide how much of that you get as a fixed amount and Bob will get the surplus or make up the shortfall. He can choose to accept or reject the bargain before rolling.

Both Alice and Bob know that the typical roll on two dice is "seven," so Alice, feeling fair, offers "I'll take $3.50, you can have whatever is left." This feels pretty fair; Bob typically makes $3.50 as well, might make a lot more, and might even end up owing Alice $1.50. You're not going to want to take a negative average result if you play this game for high stakes, even with Bill Gates. You might not want to risk going negative at all, though this depends a lot on someone's risk appetite.

Now, let's add in the concept of bankruptcy & or death. Imagine that you are playing this game with Bill Gates again: Two dice, but now the stakes are ten million dollars per number showing. The average roll is seventy million dollars. Bill gets to decide the split and offers you "I keep $90MM, you keep or make up the difference". This deal has a negative expected result for you! You know that the most likely outcome is that you end up owing Bill Gates twenty million dollars. You and Bill also know that in the U.S., if this happens, you simply declare bankruptcy. You have nothing like twenty million, and Bill knows that he's not going to get paid. You would lose your savings if you have any (let's call it $100,000) and mess up your credit score, but honestly, it's not that big a problem. Conversely, if those dice come up ten or higher, you make more money than you can earn in your lifetime.

This only sort of counts as the ultimatum game going negative. In reality your average outcome is about $2,700,0001It depends a little on what your risk appetite is, but Bill is actually not offering you a bad deal to take. Deeply unfair, but still net positive, and that is how leverage works out.

Unfair "Gambler's Ultimatum" style deals are the sort of deal vendors frequently find themselves being offered by mega-chains like Walmart. They have the chance to sell an absurdly large quantity of their product at a meager price. The dice roll is, "can they streamline their process enough to be profitable at that price." If they do win the game, they will probably want to play again, and the mega-chain will crank the lever even further.

Interestingly, if we introduce the idea of death (or other penalties which involve some sacred value computation) as a result of sufficient indebtedness, then 90’s Bill’s leverage actually decreases. Additional punishment for the looser reducing leverage is an unexpected outcome! 90's Bill Gates is both cutthroat and savvy; He knows that if he offers you "I keep $90MM, you get the difference or die," you aren't going to take the deal. If he's looking to get his best outcome, he needs to retreat considerably, maybe something like "I keep $30MM" if he thinks you have a little appetite for risk, or "I keep $20MM" if he doesn't. In the "I keep $20MM" case, even if the roll comes up snake eyes, you walk away, and far more likely, you walk away wealthy.

“Gambler’s Ultimatum”is a case where having something you value more than money on the line gives you leverage back. This is a similar dynamic to the ultimatum game played between peers: the value of justice is in tension with the value of the money.

As with most game theory games, the iterated and or public reputation version have very different dynamics. In either case, if it is in Bill's power to soften the penalties for losing to him in "gamblers ultimatum," particularly in "deadly gamblers ultimatum," it is absolutely to his advantage. If Bill can establish a reputation as "a guy who doesn't enforce the death penalty," he can quickly return to offering the "I keep $90MM" deal to all comers.

The "good" king, who rules because it's always to your advantage to cut him the bigger slice of pie, also usually has a reputation for mercy. Similarly, even when it's not the king himself who deals out the death penalty, he defends the life of those working for him. We can see this in the priority placed on rescuing soldiers who have become PoWs. Those soldiers took a lousy deal in terms of labor for pay, but the king wants to do everything they can to keep it from being a mortally bad deal.

But we still haven't honestly gotten to a case where someone wants to take a "gamblers ultimatum" with a genuinely net negative result. To get there, we need to introduce the idea of "upkeep." That is to say, some sort of external threat to an involved party that requires money to mitigate. A simple example is food. Let's say that the 90's Bill Gates was to play "Gambler's Ultimatum" with a starving man named "Marvin."

Marvin will die if he can't get a $5 bag of flour, and he only has $4. He receives the offer to play dollar stakes "Gambler's Ultimatum" with Bill, and Bill offers him the deal "I keep $10, you keep or make up the rest". In this case, the threat of starvation compels Marvin to play despite horrible odds. There is a good chance Bill walks off with Marvins $4, and Marvin dies, but there is a one in twelve chance of survival for Marvin. The hope of survival effectively outweighs the monetary loss.

This is the brutal reality of the coal worker company town. The desperate may enter, hoping to survive, but even what little they have will be taken from them. Similar dynamics, though with slightly less mortal stakes, can be seen in Uber drivers. Frequently with the cost of car depreciation, an Uber driver is more likely to lose money on a ride than to make it. That is, unless, they can find a way to alter the dice.