Dog With Cancer Wins the Superbowl 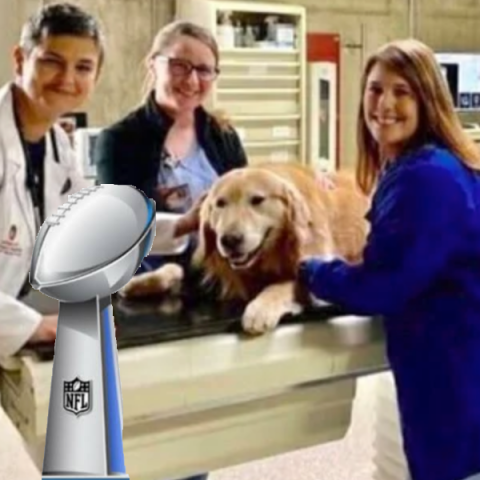 I'm always interested in what advertisements get run during the super bowl. I think that in general you can pick up a lot of information about the zeitgeist from watching them. I was interested to see a post on reddit mentioning that this year a guy is buying a $6 million dollar spot thanking vet's for saving his pet dog's life. This obviously feels odd.

As I expected, the reddit thread is beset with "that's so dumb, he should have just donated the money". Which is a response that is not entirely without merit. Some people responded that "They will probably make way more than $6MM in donations from that add". This is a very obviously naive and foolish response, people do _not_ generally reach for their checkbook when they see an appeal for donations. I have done a little bit of non-profit fundraising and I can tell you they are not going to get anything like that much money from this.

So let's look at some other things that might be entangled with this ad. The guy who bought it didn't refrain from slapping his company name, weathertech on it. In fact Weathertech has been buying superbowl adds for quite a while now. It wouldn't surprise me if they they signed up for some sort of package deal. The 2017 ad seems to advertise their product in a pretty straightforward way. The 2018 ad makes a thing out of patriotism with branding... that seems reasonable as they can assume that you already know about the floor mats from the last superbowl ad the year before.

The 2019 ad says "oh yeah... we make dog food bowls too". Again this is a pretty straight forward information pitch. It prominently features the dog scout in this years ad. The 2019 -> 2020 ad follows the same pattern of inform of your product, then establish virtue as a company. In this case rather than going to patriotism route they are going the with the generosity one. Honestly it's probably a better demographic fit for the dog lover.

But let's set aside even that crass analysis, and assume that the ad is really a genuine expression of gratitude, and attempting to benefit the animals, and the veterinarians. A superbowl ad is probably a pretty good way to do it, because it is about establishing common knowledge and setting norms. No, not a lot of people are going to reach into their pocketbook and write a check, because That's not how ads work. (other people as seeing veterinary medicine as good and noble.

Common knowledge will be established, norms will be re-enforced. The little kid who says "I want to be a vet when I grow up" will bump into adults who all know each other know that that's a great profession. The sort of profession that is praised on the super bowl.

Similarly, the idea of drastic medicine for your pet also becomes normalized. This is one of those places where I probably come out as a grumpy old man, but I still think in terms of "if your dog gets really sick, you have it put down". I'm pretty pro euthanasia in general, but particularly for pets. But this ad does a great job of making sure that everyone knows "people do spend money on surgery for their pets". Very critically, people know that everyone else knows that people spend money on surgery for their pets. When one spouse is arguing to get their dog an expensive surgery, and the other is arguing against it, this ad just changed things. To be totally clear, (in case you didn't read ads don't work that way which you really should) no one is going to say "well what about that super bowl ad". People will simply know that everyone knows it's something people do.