Do You Know The 6 Types Of Worship? 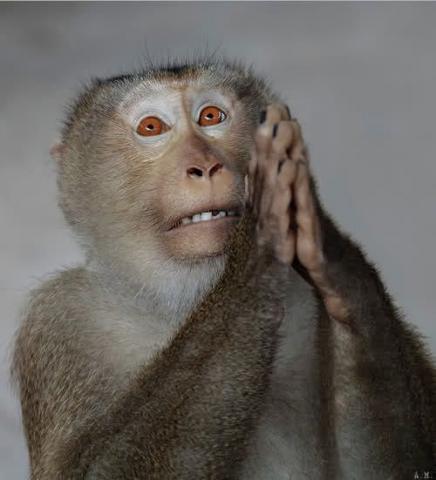 I spent most of my life, even the large part of it where I was a practicing Jew, deeply skeptical of worship. It seemed demonstrable that prayer didn't work, and this strongly pushed me to think of religion as essentially a sham.

I wish someone had pulled me aside then and described different types of worship to me. Nothing in this article is new, or creative, but it is underpublisized. Worship can be undertaken in different ways to fulfill different goals, often a single instance of worship will be aimed at a several of these goals simultaneously. Sadly, I suspect, many who spend time in worship never consider what they are doing or why.

Initially the only sort of worship I was familiar with, Intersessionary prayer is where you ask god(s) for things in the hopes that they will move around the universe in order to help you out. The word prayer literally comes from the latin "precari": to beg. This is probably the most intuitive form of prayer, and also the one that I am the least inclined to think works as intended. Casually observed evidence seems to indicate that praying for results doesn't get them1, and it's hard for me to really feel much awe for a being that can be persuaded so trivially.

This type of worship seems like it stems from the simple model of "God is like daddy, he can't stand to see you cry when your toys break".

A lot of prayer that isn't as obviously a direct request also falls into this category. Going to church in order to persuade god not to be mad at you, then your still practicing intersessionary prayer. This pattern sometimes even devolves to resembles an imagined market: "I will give $1,000 to charity/god if my gout is cured2".

Contemplation is another reasonably common pattern of prayer3. Contemplation basically comes in three flavors, you might be worshiping in order to gain a greater understanding of the object of worship, in order to enter an specific trance state, or to re-train your reactions and behaviors. One might, for example, contemplate the mystery of the trinity, hoping that deeper insight into the nature of life, or grace would emerge. They also might contemplate god in the hope of having an spiritual experience.

Where you worship by trying to learn how the worshiped entity approaches problems, and then approaching problems the same way. Perhaps the most famous version of this is "What would Jesus Do?". Though it's trendy to mock the people sporting this slogan, it's actually a really pragmatic form of worship. One uses a worshiped example as a model of what is ideal, and then try to bring themselves into line with it. Unless I am mistaken, this is the basic concept between "adoration" of the saints in Catholicism as well. Time spent in active worship this way is probably spent in a blend of contemplation and application of the model in the worshipers life.

A limiting factor of this is that we often don't have some of the capabilities of the entities we seek to emulate, so their right action might not be our right action. For instance I might worship Batman this way, but his standard solution of "throw a bat-a-rang at it" wont work for me if I don't have a bat-a-rang.

Sometimes when people have a problem they just want to be heard, they don't want help solving it. Worship can be similar, not intended to cause change or experience but simply to be heard and acknowledged. Sometimes this fits the simplistic model described above, as in the commonly uttered phrase "God I hate this", but sometimes it takes on a far more subtle quality, for example when we grasp for the feeling that we have a witness to our lives5. In some religions, some specific emotions are thought to be particularly suitable for this, such as gratitude for being alive, and for the existence of the universe6.

Worship is often undertaken not for the benefit of the entity worshiped or the worshiper, but rather to demonstrate position to other people able to see the worshiping happen. This point is explored by Sarah Perry :
Costly signaling is a framework within which the “irrational” sacrifices and acts of ritual can be made sense of. Costly signaling comes from evolutionary biology, and posits that a signal that is very costly to produce is especially likely to be honest. A peacock’s tail is the classic example: only a very healthy and fit bird could get away with growing such a ridiculously impractical tail. Similarly, sacrificing a great deal for one’s group is a costly signal of loyalty, and therefore more likely honest than mere “lip service."
It's one of the most interesting and rational reasons for worship, with fascinating implications, but it also feels like it is something better thought of through another lens.

#6) Worshipful Ritual as a Habit

As I mentioned in my my "metaphors for the mind" article, Habit is an incredibly powerful motivating force. Quite often worship stops being an act with an intention or goal behind it, and becomes simply a habit, something done with little or no reflection simply because it was done before. Obviously no act of worship ever starts this way, but I strongly suspect that many of them end up this way for most people. This doesn't mean that it loses all value, habitual contemplation may still lead to understanding. Habitual emulation may still lead to ideal behavior.

Worship need not, and in my opinion should not, be restricted to god(s). When we break down what the various types of worship are some of them make more sense when NOT directed at god(s). For example, begging (intersessionary prayer) a sentencing judge for mercy probably makes a lot more sense than doing the same with the creator7. I would argue that studying physics is essentially identical to "contemplative worship of the nature of the universe". That a massive amount of what we do in our day to day life, most of it really, can be seen as worship from this viewpoint. It's just that a lot of it is //pragmatic// worship. I'll explore this idea more in another post, as I begin to touch on my now enthusiastically embraced personal religion.