There is a LOT going on in the world right now (Dec 16th, 2022) , and I feel like the news has strange priorities on what they are covering, in what order.

This is just going to be a sort of sloppy "top of the head" post to get me back into blogging. Here is what I am following in order of how important I think it is: 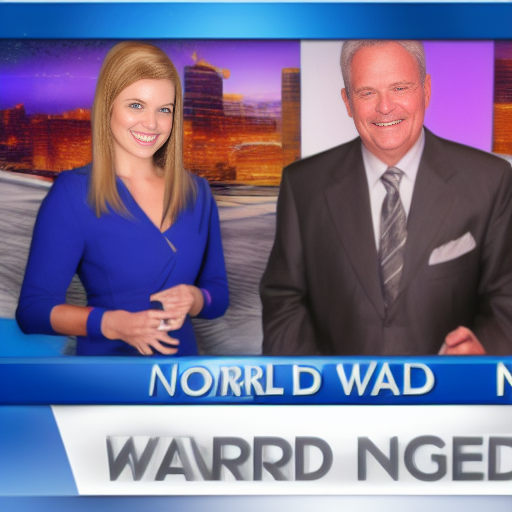 Holy crap! I don't think people really get what a big deal this is. I realize we have all talked about it some, and there is only so much war news it makes sense to follow, but the world order just changed dramatically and suddenly.


Russia went from being a superpower to probably not even being a regional power kind of suddenly. They previously controlled the countries around them via fear and since they suddenly have been upset by a very small state, they aren't going to be able to do that much longer.

This war is also, essentially, the origin of news regarding fuel prices and the European economy.
It's going to be very important to see what happens in May 2023 when the winter thaws out and the war goes hot again.


The Unrest in China


China has turned into an intense dystopia, or at least it looks that way to my eyes. Their head of state seems to have installed himself for life. They are still performing brutal COVID lockdowns, their building sector is crashing financially and taking the banking sector with it.
They are also having increasing political unrest on the streets, which tends to get messy in countries that are this authoritarian.

In the broader picture, it sure seems like they have a demographic crisis that is also brewing as the result of the 1 child policy.

The Multi-front progress in AI

AI Art has absolutely gone nuts! I have been embedding myself into this and playing with it, mostly because it tickles my fancy. But at this point, it's pretty clear that any sort of commercial artist is going to need to use these tools… and is going to be able to do the work of 100 artists who are just using photoshop.
It also seems like "stock photography" is going to disappear pretty quickly as a genre.

Music AI is close behind it.
Similarly, GPT3 has been maturing into something that looks like it can eat the world. It's writing better and better content and can reproduce essays, science paper prose, and short stories shockingly well. I bet it can do legal contracts, also.

AlphaCode seems to be knocking down milestones in the "AI that can write software" space. ( https://www.deepmind.com/blog/competitive-programming-with-alphacode )

In short, it feels like the singularity is really creeping up on us. Not so much in the "killer robot" sense, but in the "If you had some sort of knowledgeworker job, your going to not so gradually be replaced with a computer"

The Unexpected political endurance of the Left

As you can see in my predictions, I really thought that the Democrats were going to get brutalized in the midterms. This was mostly because midterms almost always go rather dramatically to the party out of power.

I'm pleased to be mistaken and happily accept the lesser of two evils. It is also extremely reassuring to me that the Republican party seems to be moving away from Trump. I honestly do think that Trump was an unusually dangerous candidate and would be particularly dangerous if he ran a second time.

I am sure that if DeSantis runs, we will all be whipped into a frenzy about how horrible he is, just as we were with Bush, Romney, and McCain. The difference is that all these normal republicans feel like they are people I disagree with about policy rather than strongmen who are going to attempt to steal the country.


The economy is pretty much always worth following. Inflation is quite high, and the FED has more or less said openly that they are going to crash the economy however hard they need to in order to stop it. The fed rate is up to 4.5%, and shows every indication of going higher.

There is every reason to think we are in for a really hard few years in the economy. It's going to be interesting to see how that interacts with the 2024 elections, with technology, and with the crypto boom.


The FTX crash was (and is) ugly. This is a good time for a new generation of people to learn "not your keys, not your coins."
I learned it the hard way as well when MtGox collapsed and I lost half of what I owned. It's really amusing to hear the latest rounds of "Bitcoin is a pyramid scheme", and found it fun to read my seven-year-old post on the question ( https://7goldfish.com/articles/is_bitcoin_a_pyramid_scheme.php ) out of nostalgia.

Crypto winter is always a little hard to watch. The good news is that it clears out a massive quantity of the scam projects, and creates room for actually good projects to thrive.

I feel like this is a "thing to watch" because I am watching for the actual bottom. Which I think we have already hit. I even have a bet for "one shiny penny" that says as much.


I can't ignore it, but I really probably should. I didn't use Twitter before Musk bought it, and I still don't use Twitter. I honestly find the cultural space in public social media too poisonous for me to hang out there.

In general, I feel like people are overestimating how big a change Musk is creating in the Twitter (user) culture, and how important Twitter is in general. I do respect that many people talking about the Twitter acquisition as a proxy for the breakdown in our societal truth-making apparatus, and the censorship/broadcast norms. That is a critical topic, but I think the Twitter facet if it is probably not the one to care about.


This one feels like it's not getting enough news. I think we are seeing a way more active FTC anti-trust position warming up and that this is just the beginning of it. I personally couldn't be happier.
I have something of an unusual position with regard to a lot of this: I'm aggressively anti-monopoly and am really hoping to see big tech get broken up and I'm not at all "anti-big-tech."
I think being angry at a company for seeking a monopoly or squeezing you for money is like being angry at your pet cat for killing birds. It is in their nature, and that doesn't make them bad… it does make us need to regulate their behavior.


I used to say that FAANG (Facebook, Apple, Amazon, Netflix, Google) was a terrible grouping of companies… Facebook and Netflix had no business being grouped alongside apple, amazon, & google… Their market caps are comparatively tiny, and they don't actually have secure positions to hold on to the value that they currently (were) showing.
I always felt like a much better stock acronym would be "AAA" (Alphabet, Apple, Amazon)


Anyway, I'm amused by watching the fall of Facebook and Netflix.

Netflix is very predictably getting slaughtered by other companies. They never actually had defensible business in the first place… The content rights holders (Disney, Fox, etc) always had the ability to simply stop licensing their products to Netflix and start their own streaming service. It was basically just a question of how long it was going to take big content to wake up and care. That has happened.
I'm also amused by all the people who seem to think that Netflix is failing because they produce too much "woke" content. This is clearly a footnote; Netflix is failing because they now have almost no licensed content and have to compete with Disney+, Hulu, etc.
It's way worse for the consumer. I have 5 subscriptions, and about half the time I get it in my head to watch something specific, I still can't find it. I am literally about to revert to piracy. Perhaps what I should really do is revert to netflix "DVD by Mail" service ( https://dvd.netflix.com/ )

Facebook is suffering from a triple front implosion:
Their core "surveillance advertising" business model has suddenly grown a lot of opposition. Apple pretty much shut it down on the iPhone (though apple is still doing surveillance advertising themselves), and the E.U. looks like it is about to shut it down in Europe.
Facebook is betting the farm on "Meta" and the Metaverse… the thing is all reports are that no one seems to be interested in using the metaverse. I honestly think this is just going to be a suicidal money sink. Big companies can't *force* adoptions with cash (see: google+)
Social networking sites are actually shockingly fragile. They tend to *look* totally invincible but can vanish in a puff of smoke. Remember Friendster, Myspace, & Digg?