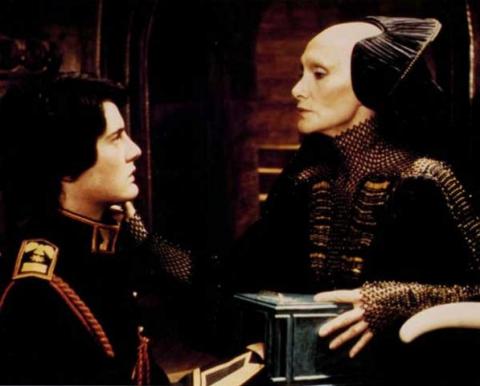 Discipline, specifically self-discipline is a tricky beast. It has become a recurring puzzle for me, a word that I come back to frequently, and a concept that I am frequently directed to. The concept of discipline exposes new riddles with each angle that I look at it from. With any subject I consider, pondering how discipline relates to it usually leads into the heart of the subject.

What is discipline anyway?

Wikipedia has a particularly interesting entry, and is a great place to start the investigation of most any subject. From the Wikipedia article:
Discipline is a course of actions leading to certain goal or ideal. A disciplined person is one that has established a goal and is willing to achieve that goal at the expense of his or her individuality. Discipline is the assertion of willpower over more base desires, and is usually understood to be synonymous with self control. Self-discipline is to some extent a substitute for motivation, when one uses reason to determine the best course of action that opposes one's desires. 1

For me, the most unexpected and valuable idea here is that discipline is distinct from motivation. Motivation is what you want to do, discipline is something else. This is a very important point: If I enjoy dancing, then practicing dancing every day is not an act of discipline. Even if I don't enjoy dancing but practice dancing every day, thinking about how it's going to help me wow them at the recital, it's still not an act of discipline. Discipline is strictly reserved for the “Arggh, why am I doing this?” moments.

Another important part of this definition is the assertion of willpower over more base desires. A large part of what discipline is the practice of intentionally ignore your desires, which is to say, to choose to suffer. There is a tendency to think of this only with regards to desires like hunger and rest. It can, however, apply to virtually all desires, including quite refined ones, so long as the willpower is asserted in pursuit of even loftier goals.

An example of this is choosing to go into debt, and choosing not to pay back creditors in order to start a business. Most of us have a strong desire to keep our finances, credit, and good name in order. To intentionally leave that desire unfulfilled can be an act of discipline. The question of which desires are more base than others is it's own riddle of infinite depth.

In this definition, we also encounter the concepts of subsumed individuality and goal setting. What is our individuality in this case? Individuality and identity easily become a theme as large as that of discipline itself, but in this piece I would reflect that it is essentially our ability to make choices, our freedom, or our optionality. Discipline is, in some sense, enslaving ourselves to an ideal or goal. A critical component of this definition is that the setting of the goals, the choosing of our ideals is not part of discipline. Discipline refers only to the follow-through on goals that have already been set. The talent of setting effective sub-goals might be included as part of the act of discipline.

With the Wikipedia article's definition in mind, I'm going to continue the exploration on my own.
If discipline is a reduction of freedom, an intentional choosing of suffering, then why on earth would anyone want to have it? The obvious answer is because it lets you achieve goals. That is to say, it increases the number of possible things you can do. Paradoxically, increasing the number of goals you can achieve is pretty much the definition of increasing optionality, or freedom. Let's look at that again… being able to reduce your freedom increases your total freedom. It's an unexpected result, but it actually makes a lot of sense.

If we visit the omnipotence paradox 2 , “can god create a stone so heavy he cannot move it”, we can perhaps describe an answer. Let's suppose that for Bacchus the answer is “No”, and that for Apollo the answer is “Yes”. One might note that in this case, Apollo has more freedom than Bacchus. However, if Apollo creates a few poorly placed stones, then this situation can quickly be reversed. In short, Apollo has enough rope to hang himself with.

Discipline offers us a very similar sort of power to Apollo's. While it is unused it increases our potential, but during it's exercise it may actually drastically reduce our potential.

In this way, having self-discipline is similar to having a big pile of money. Cash gives you the potential to buy many things, but if you choose to exercise it and buy things, then you eliminate your pile of money and its potential. A fascinating paradox is that, if you refuse to spend it, then you also eliminate the potential in your pile of money. $100 that you won't spend under any circumstance, say because it is signed and has sentimental value, provides you with no more options than a slip of paper.

Interestingly, sometimes from a game theoretical 3 standpoint, eliminating options actually works to your advantage. For instance, the policy, which I consider to be an organizational form of discipline, “never negotiate with terrorists” is based on this idea. Even if, in each occurrence, it might be a more desirable move to negotiate, over-all a better outcome is achieved by choosing not to. A game-theoretical description of this is “the chain-store paradox” 4.

Intentional optionality reduction need not be an act of self-discipline. One person may exercise discipline to not smoke the cigarette, another might throw away the cigarettes. A classical example is “Odysseus tied to the mast”. I suspect that one component of the choice to take a large mortgage on a house, particularly for couples, is intended to be a form of optionality reduction to improve outcomes, though I'm unclear if this actually works.

An alternate take on why one might want to develop self-discipline, one that I personally find very compelling, has been expressed particularly effectively by J.M. Greer as follows: People who are ruled by their passions and appetites can be ruled just as efficiently by any political system willing to pander to those things, while those who control themselves can’t reliably be controlled by anyone else. Thus the Roman government regularly sent Rome’s philosophers into exile, failing Chinese dynasties praised Confucius to the skies while doing away with anybody who took his teachings too seriously, and modern America uses every trick in the media’s book to marginalize those who remind us that the life of a channel-surfing couch potato might not express the highest potentials of our humanity. 5

So far, I have reified discipline, acting as if it was a measurable trait. Most of us speak of people as having “good self-discipline” or lacking discipline, much the same way we talk about strength, or intelligence. It seems to share many of the characteristics of these other two traits as well, in that it appears that it can be developed with practice, that individuals seem to have some innate capacity, and can be sub-divided into many specific situational types. For example: she's got a strong dead-lift but needs to work on her pullups, or he's disciplined about work, but needs to work on his grooming.

I generally separate discipline & willpower, primarily on the time-axis. Much of what I have read on the subject seems to agree with this approach, describing willpower as a short term thing, deployed over a duration of minutes, or for the hardiest of souls hours, while self-discipline extends over days, or possibly indefinitely. Many disciplines are intended to last indefinitely.

If I stretch the metaphor of “discipline as a form of strength” then discipline might be closer to running a marathon than it is to performing a dead-lift. This view of “discipline as a trait” becomes much less effective as I move on to view it from another, more esoteric perspective. When I examine discipline without taking time into account, thinking of the the present as the only time (which I will refer to as the “all-is-now” perspective), then what is discipline? I again revert to my description of it as “the intentional choice of greater suffering”. I'm using the word suffering very broadly here to mean anything less than the most pleasure and least pain one can experience.

Again, the question looms: why would anyone choose the act of discipline, to suffer? Working in the “all-is-now” perspective, I come to a very different answer, which is, “They would choose to suffer for the benefit of someone else”. In the most frequently described cases, “someone else” is either their own past or future selves, but one can easily imagine acts of self-discipline that are for the benefit of others. One example might be a hungry mother giving food to her child. Another example might be Pheidippides running himself to exhaustion in order to recruit the aid of Sparta for the Battle of Marathon. In this way, discipline and generosity begin to look confusingly similar.

In the “all-is-now” perspective, the distinction between willpower and discipline becomes a somewhat more difficult problem. It appears that the primary difference is that willpower is a trait used when higher faculties resist the initiation of action by base instinct, where self discipline appears to more closely align with higher faculties initiating, or continuing action when base faculties are in opposition to it. This begs the same question as the Wikipedia article from the beginning. “what is a base instinct”? This is an investigation for another article.