Have Spirituality and Ethics Outgrown Each Other? 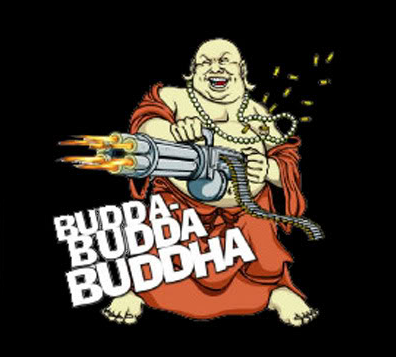 One way we can divide systems of culture is by their basic approach to knowledge. Some are essentially declarative (that is, they dictate the truth with finality), while others are essentially explorative (that is, they don't claim to know the truth, but rather to be seeking it) 1. An observable pattern in explorative culture and knowledge systems is the tendency to explode into an ever broadening fractal of fields and subfields, subjects gradually separating themselves from each other into specialties. Typically, each of these subfields becomes loosely coupled with its parent, able to support itself and its assertions independently.

Declarative systems of thought, conversely, appear to absorb subjects into themselves, forming one accretion of interdependent statements. This mass of statements may wind up collected into one canonical published source.2. The Bible is a pretty good example of this process. The Bible is not a specifically religious book. The word "bible" literally translates from Greek as "the books". It contains cutting-edge (circa 400 BCE) thinking on natural philosophy, politics, medicine, law, history, ethics, agriculture, poetry, and spirituality, all in one massive lump.

It ruled western culture for a millennia as declarative text—a culture that only gradually shifted to being explorative as the Renaissance began. Natural philosophy detached itself gradually, and became the sciences, which most of us agree can be studied independently of the Bible. Science fractured out into a thousand-faceted jewel of knowledge. Politics and Law, with some bloody conflict, outgrew the patterns described in the bible as well.

To a great degree, what we as a culture think of as religion are the Bible subjects that have not detached themselves and and grown into their own fields. We naturally tend to think of all subjects that remain as part of the Bible as inseparable from it, and from each other as well—in particular, ethics3 and spirituality are often seen as inseparable, as illustrated by the following quote:In the absence of God, such actions would no longer count as good (or evil), since if God does not exist, objective moral values do not exist.4

This is, however, beginning to change. Secular ethics is beginning to provide competition for religiously mandated ethics in the popular mind. It's a strong field with good and self-consistent thought in it, showing signs of the division into subdisciplines so common amongst explorative bodies of knowledge.

Mysticism—that is, the seeking of direct spiritual experience—has also progressed some in the last 2,500 years, although less than many other fields. Several traditions that I would describe as "explorative mysticism," such as Zen, Tantra, Kabbalah, Sufism, Thelema, and the New Age thinking expressed by Ram-Dass or Eckhart Tolle, cite each other openly. These systems are all similar in that they seek to help a student attain a specific personal experience of the universe, rather than simply declaring to them what it is.5.

These systems all quietly seem to have come to similar positions regarding morality:
From Tantra (Osho):This is a great insight into true religiousness: Don’t divide into good and evil. Only divide into good and not-good. Not-good is only absence of awareness, and good is presence of awareness. 6
From the baptism ritual in Thelema (Crowley):Save me from Evil and from Good.7
From Sufism (Rumi): Out beyond ideas of wrongdoing and right-doing,
there is a field. I’ll meet you there. 8

All of these systems fascinated and eluded me for a long time, seeming separate and nonsensical. I was raised as a theistic Jew and had essentially no spiritual experience. Gradually, I became an ambivalent agnostic and found much of the teachings of secular ethics, particularly Peter Singer's brand of utilitarianism, to be quite irresistible. The problem was that this sort of ethics extended to its logical conclusion is brutally demanding, well summed up here: Being a perfect person doesn’t just mean participating in every hashtag campaign you hear about. It means spending all your time at soup kitchens, becoming vegan, donating everything you have to charity, calling your grandmother up every week, and marrying Third World refugees who need visas rather than your one true love. 9 This left me as a stressed-out, vegan non-profit employee who rotated between feeling immense moral pressure and guilt and trying to avoid thinking about ethics.

Then, one day, as I was poking at a philosophical book, I had a profound and intense moment of Kenshō. Suddenly, everything was ok. Universal love, universal acceptance, no more fear of death. I had (briefly) found Rumi's field. I was a totally free being. Nothing physically changed 10, but suddenly everything was different. I spent the next 4 days saying things like "Everything is Divine, Nothing is Sacred", "I am the godhead", and "There are no transgressions," meaning every word of it11. I started eating pork, and basically shed all of my ethics12.

Soon after, I was dining with some new spiritually oriented friends. Some of us had experienced a Kenshō moment and could pretty much smell it on each other. Everyone at the table was a young, left-wing, San Francisco tech hippie. We started having the New Age Everything is perfect, We chose to incarnate in the roles we needed to in order to learn what we need to, taking on both joy and suffering as it should be. Everything is unity anyway. conversation when someone who had pretty clearly not had a moment of Kenshō pointed out, quite correctly, that this worldview can be used to justify any and every sort of horrible repression or abuse.

Some of us, myself included, made a feeble and disorganized attempts to explain this away with “The slave's lesson may be finding a way to escape or overthrow, the tyrant's to learn self-restraint or to experience a fall.” The defense still feels legitimate, but is expressed very poorly, and I still search for a better way to convey the idea.

If we think of ethics and spirituality as being essentially separate, then this becomes tractable; just as physics has nothing to say about good or evil, the same is true of spirituality. Just as the moral agnosticism of physics does not imply a lack of right and wrong, a morally agnostic spirituality does not escape morality either. God may be infinite love and perfect unity. God may not have told us what we should or shouldn't do, but that in no way relieves us of the task of figuring ethics out for ourselves.