COVID: Map of the future check-in 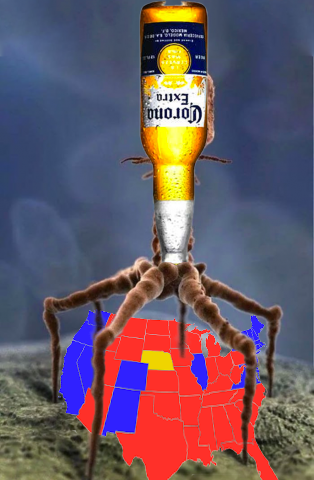 Back in May, when Covid was kicking into gear in the US, I did the exercise of making base-line predictions for the upcoming months using the back of the envelope math and trying to factor in how politics, the economy, and Covid would interplay with each other. I left it posted (of course) and you can see it here: Map of the future 2020 . More than anything, it was an exercise it trying to stomach what we were going into.

I also think that predictions that are not revisited and evaluated are worthless. The best thing that perditions can do is help you see places that you were wrong and how you fundamentally need to change your views on the world.

So let's crack into this:

What I got wrong

This prediction was mostly based on the idea of just taking the growth rate in May and applying it all the way forward. I made a nod to the notion that there would be a point at which people got better (or died), which you can see in the declining rates after October. Clearly, I hadn't sorted out my thinking on this because I never really indicated "active cases" vs. "total historical cases." In May, there were still essentially the same thing.

I actually included error bars in the original predictions. These were laughably terrible, but I had a deep insight coming out. "Use exponential error bars" is one of those things that sounds super obvious when you say it but takes a little bit of work to internalize. Error Bar should be Guessed at on the growth rate, and then carried through the exponential growth process. That means that inevitably your error bars are going to start being huge as you get pretty far out into the future, which is good and right. We live in a world dominated by exponential growth patterns right now, and in making any reasonable long term predictions, this has to come into play. This is a big takeaway for me.

The Resilience of the US Economy

I mostly use a model in my head where the US has two economies: a mundane economy and a financial economy. The mundane one is where things like unemployment rates, the price of consumer goods, and rental prices exist. The Financial one is where things like the stock market valuation and inflation rates live. They are deeply entangled, but I think it's useful to perceive them as essentially separate for the moment. Sometimes politicians call this "main street vs. wall street," though it's not quite a 1:1 mapping. I looked at the shutdown and thought that it was going to destroy the mundane economy. After all, how can people work if they can't leave the house to work? I underestimated the scrappiness of the average individual and business. People found ways to have jobs. A fair bit of this was also that people largely chose to ignore or work around the spirit of the shutdowns (and pressure their politicians to loosen it) in order to survive financially. I'm also shocked by the resilience of the financial economy. For about six years now, I have been thinking and saying, "we are in a financial bubble." I was expecting it to pop in a spectacular crash. I figured that this kind of financial shock would do it. I'm astonished that the government could print money aggressively enough to keep that bubble from popping. It appears to have worked, but that leaves me with no real map or understanding of how the financial economy works. I have had to scrap my model and haven't put in the mental effort to build a new one.

The Great depression was much worse than I thought

You might have noticed that I have an "actual" and "propaganda" column under the unemployment rate. Though I'm frequently willing to call numbers doctored, I'm not usually inclined to put a number on it. In this case, though, it was so intense that the BLS put a note on the bottom of their labor report saying that the numbers in the report itself were wrong and giving alternate "correct" numbers. This happened for two months, and let me tell you, that is weird

It was the Left who Rioted

I was expected all the being cooped up to cause riots and fallout, but because the Left had taken up the cause of being responsible for the virus and exposure, I assumed that we were going to stay home. I thought it would be the Right that went out and did a bunch of crazy protest things, but well, we all saw the powder keg go off with George Floyd. Later the Right went ahead and got highly irresponsible in the form of political rallies as part of the "election madness" that I predicted. This did lead to a new reflection on how things work for me: Because at this point, Left and Right are effectively "City" and "Country," we are in a situation where, for logistic reasons, the Left mostly has Protests or Riots, and the Right only has Rallies. It's tough to have a Riot (or a spontaneous protest) if you are out in a rural area. You have to plan where you will do it, and there isn't an obvious Schelling point for location. Conversely, if you are in an urban environment and get upset about something, it's straightforward to just walk out the front door with a sign, and it's usually pretty obvious where you should go. "Left protests and Right rallies" also syncs nicely with the "Democrats fall in love, Republicans fall in line" take on the American Left and right. Democrats do seem to be politically motivated by a sense of passion (good and bad). In contrast, Republicans seem to be politically motivated by a sense of obedience and (often blind) loyalty.