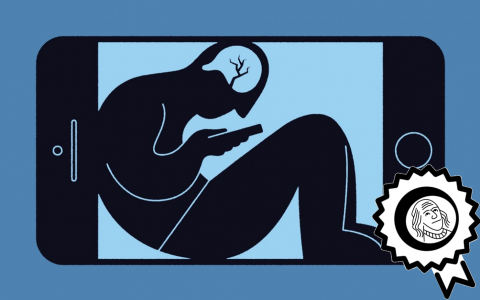 An aside about the writing process on this post: Ben Franklin reportedly learned to write well using a method he described in his autobiography. Basically he would take notes on an article he liked, put them away for a while, and then try to re-write the article from his notes. Afterwards he would compare the result to the original. I thought I would give this a try. Any blog post with an image you see the little Ben Franklin ribbon on, is one where I'm using this technique. I will also always try to link to the original piece, in this case The Acceleration of Addictiveness by Paul Graham.

What does whisky, crack, a slot machine, a Dorito , Facebook, and Fortnight have in common? They are all more refined, more concentrated versions of their predecessors. Most things that we refer to as "Addictive" are, in fact, distilled versions of something that we find enjoyable. So just as alcohol becomes more problematic when it is in a 40% whiskey instead of a 4% beer, Fortnight is more likely to cause issues than Pacman was.

Technology is essentially about getting things we want, and one of it's most reliable patterns for doing so is to concentrate and refine things we already like. This is not a process that we want to stop, it's how medicines are created, and art is expressed. Most of the effect of getting things that we want are good. It does, however, mean that in the future we are going to encounter more addictive things frequently.

Because Technology is accelerating, not only will we encounter more addictive things. More things will take on the trait of being addictive every decade than did the decade before hand. Furthermore things that were already addictive will become even more so.

The word addictive is applied to more things more frequently now than it used to be, and with good reason. although addiction originally referred to a chemical dependence, we lack another good word to describe the "compulsively desirable". Modern highly engineered food far more compelling than any food that occurred before the 20's. It would be very odd for someone to compulsively eat cheese, but its not so unusual with Cheetos. Because of the expanding scope of compulsion, the word addiction is used in more places now.

Trying to remove basis of this process would be a mistake. Even knowing the dangers of alcoholism, I would rather live in a world with wine than a world without it. Despite my unpleasant compulsive use of facebook I'm still happy that I have the internet. It's also nearly impossible to sort the good from the bad as part of the process of development, largely evaluation is something that has to happen after the product has been unleashed on the public.

As we are exposed to more addictive products more frequently, the meaning two meanings of "normal" will diverge. One meaning of normal, as in "the typical operating conditions of a machine" will grow to be farther and farther out of synch with the other meaning, as in "what everyone around you does". Actually, these two senses have already aggressively diverged for most people.

Society gradually develops antibodies to addictive and destructive habits. Many of us saw this happen in our lifetime with smoking. In the 50s nearly everyone smoked, even those who didn't smoke would keep ash trays out as a standard part of furniture because they expected others to come and smoke in their homes.

Now if you smoke you are generally viewed as some sort of foul-smelling pariah. Smoking is no longer normal, it's something that addicts do huddled in cold, standing outside of their buildings. Admittedly some of this change is due to new laws, but those changes in law could not have happened, and would not have been effective, without corresponding changes in the society which occurred first.

It took nearly a hundred years for our society to develop its antibodies to smoking. New addictions will likely be appearing much faster, and the rate at which the societal immune system needs to react must increase if we are going to rely on it exclusively.

Further there is a new risk: the danger of things becoming addictive while you are using them. This has happened to me. When I started using Facebook in the late 2000s it was not tuned as aggressively to capture attention. While I was using it, the product was refined into a far more attention capturing and addictive entity. Because this happened gradually, and my moment of evaluating it for behavioral danger was during the initial interactions this allowed facebook to easily slip through my filters.

At this point most Americans are starting to have some sort of screen time addiction issues, and this problem is likely to only get worse. I have started taking long hikes without my phone daily1 in order to get away from the pull of the screens, and allow myself to think more deeply. This behavior is seen as quite unusual.

Increasingly any sort of personal attempt to prevent or to cope with a normal addiction is going to seem quite eccentric. This is simply a price that will need to be payed on an individual level where societies antibodies are unable to keep up with the emerging behavioral challenges.