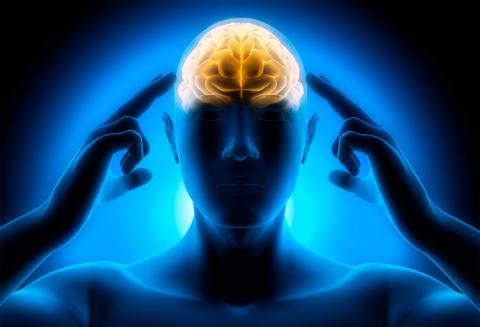 As I did last year, I'm going to make predictions regarding the upcoming year of 2020. These are ONLY predictions for this coming year, not for the whole decade. I'm also going to endeavor to make more predictions, so that I can do a better job calibrating off of them. Last year I only made 6 predictions, and they were also spread across too many likelihood percentiles to really use for calibration. This year I'm trying to make 10 predictions with 90% likelihood and 10 with 80% so that I can do a better evaluation at year end.

Climate change is causing a lot of extreme weather, and that's just going to keep getting more intense. All of the events listed below would have been pretty rare (like a 20% chance or less) in the 80's or 90's. When I made these last year the hurricane ones felt a little bit risky, but they all happened. This year it feels really stable.

There will be massive mud slides in CA (90%)

This one is easy for the same reason it was last year... wildfires cause mudslides during the next rainy season. CA had some of the biggest wildfires ever this year, when the real rain starts in late January, this will probably kick in.

There will be CA wildfires burning more than 1.5 Million Hectares (90%)

The wildfires in CA are getting more frequent, and larger. In 2018 1.9MM burned. In 2019 it was 2.6MM. I think that this is the new normal guys, these were not dry years. Even assuming that those years were particularly bad, I think 1.5MM is going to happen pretty reliably.

There will be at least one Category 5+ Atlantic Hurricane (90%)

I think that this is the new normal. Cat 5 Hurricanes used to be very rare, but we are starting to see a string of them year after year. As the ocean temperature rises this is clearly going to keep happening. I think realistically, as a society, we are going to have to introduce a Cat 6 and Cat 7 storm, and that the next interesting thing to look for on this front is going to be the year when we have two Cat 5's in the same year.

With all of these huge Hurricanes running around, it becomes more and more likely that one will make it to land every year. This is going to be really hard on the Caribbean.

Just to be 100% clear... I am NOT saying that Trump is innocent. I am only saying that the current sitting Senate is very unlikely to find him guilty based on their currently expressed positions. Even though the Senate is surprisingly evenly held (I think it's a 4 seat difference out of 100 seats) we need to recall that a guilty finding requires a 2/3 majority. That would mean "flipping" nearly 20 Republicans.

From a tactical point of view, I think that the Democratic majority in the House really mismanaged their crack at impeachment. I think the tactically savvy thing to do would have been to launch the investigation and hearings in September, and drag it out for the key election months.
The P.R. of the hearing would have been powerful during the election season, and from a purely logistic standpoint, they could have demanded he testify frequently, effectively pinning him in DC and preventing him from traveling effectively for his campaign. As played, I think what we will see is the senate finding him "innocent", and hearing a lot of "completely exonerated" commentary during the campaign.

If you are reading this you probably don't like Trump very much, and you probably don't many people who do. Sadly, Trumps numbers are not very far off of where they were when he was elected. The field of left wing candidates is uninspiring, and the economy is booming. In general with a strong economy incumbents get re-elected pretty reliably. On top of that we may be in an escalated military conflict, which also reliably benefits incumbents. Honestly the only reason I'm not putting this at 90% is because I was so surprised by his election in the first place, so I just feel less confident about my political predictions in general.

This is a much more interesting bet... The Senate is currently 53/47 and there are a lot of seats coming up. That said, most of those are pretty clear, and when you finish counting, the Left will need to win a lot of "coin-flips" to actually take control. I feel a little out of my depth in this prediction, but it's good to stretch.

The Dow will end the year above current levels (90%)

It's currently at $28,500. This is one of those "it usually goes up" predictions. I am mostly including this because I did last year, and I started this list off by copying my list from last year. It should be noted that I am not saying that the stock market is a good investment right now. It will probably go up, but if it goes down it will probably go down a lot. We are in a "picking up pennies in front of a steam roller" situation. In the case of a crash I would also expect both ETH and BTC to bomb out... but not necessarily depending on if there is instability in fiat currency as well.

It's current price is $7,177. Though it tends to wild rides, BTC is pretty far out of the hype cycle at the moment, which should make things more stable. I'm predicting a significant rise because the halving is coming this May. Though it is only a reasonably small tightening of supply inflow, it does make a difference, and it does set off ripples. Previously it took a few months to kick in.

It's current price is $130 USD. I am anticipating that it is at a current unnatural low, and that even without any real progress it should bounce back up to something more like a natural $180. I also see a real possibility of it gaining more through coupling with BTC, which will get a bump from the halving. It seems like the tech is progressing well, and like adoption is happening in its slow, boring, and mostly invisible kind of way.

I have a 24 month old who occupies nearly all of my attention.

We haven't bothered starting to potty train Hermes yet, but it's pretty clear that he's just about ready. I think we will definitely get to this. I'm not saying that I think it will go "without any hitches" or that it will be easy, but I would be really surprised if it doesn't get going. I understand that "potty trained" is not a clean boolean, and that there is a lot of wiggle room with "well, he kind of mostly gets it, but can't do it all the time" This prediction is for a very generous interpretation of "potty trained" that allows for a lot of accidents.
For reference: Most boys in the U.S. are potty trained by age 4, and apparently starting after (sometimes well after) age 2 actually accelerates the process.

My Son will be using full sentences (90%)

This sort of feels like cheating... He's almost using full sentences now. This is typically marked as a 3-4 milestone, but this boy is super verbal. Again, I realize that there is some interpretation room here, but I'm just going to appoint myself judge. I will be using a pretty "strict" definition of "using full sentences".

This feels like much more of a stretch. He's pretty coordinated for his age, but this is another 3-4 milestone, so I feel like he will probably be able to. This sort of depends on which way his interests veer, and how "rose colored" my parenting glasses are.

My son is small. He's currently weighing in just over 22 lbs. He doesn't sleep well and gets sick a lot. We finally have moved on from the allopathic (western) doctors who basically kept shrugging their shoulders and saying "he's ok", and got some advice from a TCM practitioner about two weeks ago. They gave us some pretty dramatic diet modifications, and some herbs, and so far they seem to be helping. I'm anticipating that either through this, or through some other intervention, we will be able to get better than average weight gain for him over the next 12 months.

In 2019 I journaled ~150 days, but it was a really rough year for getting my "morning routine" done. My journaling practice is, it turns out, vulnerable to both good times and bad ones. In good times I don't feel that I need it, and frequently make due without it. In bad times things are so hectic, or I am so unmotivated that it simply doesn't happen. I'm hoping that at the least I can be more rigorous about doing it during the good times.

Last year I wrote 7. This is a prediction not a goal. I have a number of things I am interesting in writing, but posting to this blog is rarely a priority. I sincerely hope that there is something else more meaningful and inspiring that draws me away from this.

I will have moved out of the United States (90%)

At this point the U.S. just isn't feeling right for me and my family anymore. The Bay Area is the closest thing to a fit I have ever had, and it's really not tailored to families. The cost of living is astronomical and the social isolation is intense. People in the U.S. have a really different response to children, one which is pretty disinterested, and honestly it just feels like a mess to me. Though in terms of carrier there is no better place to be, I'm just not pursuing that at the moment.
I'm also anticipating a emotionally traumatizing election season, which I would love to avoid by living abroad. I already have lived a year out of the U.S. in India, and I think I'm going to spend a few more abroad. The current best guess is Kuala Lumpur.

Meditation is, in theory, my foundational practice. I used to reliably meditate daily. Then I had a child, and became a "householder". The chaos that followed has been intense. I'm hoping that I can get this practice back under me. In fact I'm actually hoping to get what I think of as the four pillars of sleep, clean eating, exorcize, and meditation all back under me. My hope is for a much better than 150 result on this, but if I'm trying to draw a 90% this is about where I land