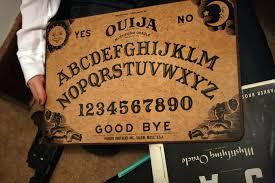 I rather enjoy the game of trying to guess what the year to come will hold. Usually I feel like a lot of other people are playing along with me, but this year has been oddly silent.

So let me start by making some guesses, followed by the likelihood I attach to them, and some explanation :

This should be a pretty easy one, Whenever there are wildfires it burns out the plants who's roots keep the ground anchored. The next time there is any significant rainfall it takes the dirt with it. The most likely because of a drought that leaves us without rain to set off any mudslides. I don't know much about predicting droughts.

2) Trump will NOT be removed from office by impeachment (90%+)

Will Trump be impeached? It's quite possible... it takes a simple majority in the house to start an impeachment. The democrats have that, the question is if they want to play that card knowing the next part. After the impeachment process starts the senate (Republican controlled, with a very solid majority) conducts the actual trial. The senate would be unlikely to want to smear their own guy, so it would probably be done with kid gloves. More critically... to remove a sitting president from office requires 2/3rds of the senate. This is not one of those situations where a few principled senators could cross the isle and cause a swing.

3) The government shutdown will be resolved by February 1st (80%)

I have lived through a bunch of these, and I can't remember any of them lasting more than month. (checking wikipedia) nope... never longer than 22 days. While I do think that the parties are more divided than I have ever seen them which can lead to longer and uglier stand-offs, I also think that a democrat lead house is much less likely to dig in it's heals destructively. Further, Trump, as far as I can tell, governs by random and stochastic fits so, while potentially quite stubborn also may change position for no apparent reason.

I'm playing it really safe with this. There has been one every year for the last five years, and it's been getting worse (two category 5's in this last year)
The more interesting questions are "will it make landfall", "will it make landfall in the US", and "will there be a category 5"
It seems that about half of hurricanes make landfall. There is also a good chance of more than one Hurricane, so I'm going to give a few extra points
I'll make the following sub-prediction:
There will be one category 4 hurricane that makes landfall as a category 4+: 50%

I was sort of shocked by this: https://www.axios.com/partisan-split-stock-market-fe4f658d-a4bb-4919-b67...
The stock market goes up in the vast majority of years. This is normal. This does not mean it is a good time to invest... as has been pointed out by many people through the decades: stocks take the escalator up and the elevator down. If nothing else the market frequently spends 3-4 years recovering from a bad year.... those three to four years of recovery are all "better than last year".

To be clear: I think that the risk of catastrophic loss in the stock market is quite high this year... but that makes it like 10%-15% (of loosing big) as opposed to the far more likely scenario of winning small. Pick up pennies in front of the steamroller at your own risk

I'm mostly using BTC as a proxy for all cryptocurrency here. I'm basing this prediction on the "escalator up, elevator down". Most years BTC goes up and goes up well over 20%. I do think there is some real intrinsic value, that BTC is not a pyramid scheme (as I said back in 2015) so it seems pretty unlikely to me that it will deflate more.

Edit #2: You can see the results here http://7goldfish.com/2019_prediction_evaluations