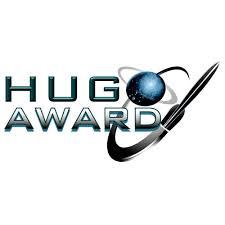 I usually try to read listen to audio books of all of the Hugo Nominees every year. This year it was slow going as I had some new and very attention grabbing people in my life, and as few of the books really grabbed me. Every single nominee is from an author I am well acquainted with, and 2 or 3 of them (depending on how you count) are sequels. None of them were really all that gripping, and none opened up a brand new perspective.

The third in the "5th season" trilogy, and slightly better than the second, "the stone sky" still has problems. It brings the grand overarching plot to an end, and we find out what is to happen with regards to "the fate of the world, which hangs in the balance". The problem is that at this point I just don't care about the world of the 5th season much. This book contains one to many Super Saiyin power ups, and the interpersonal stuff feels, well, boring. It does take a neat little peek into the sci-fi history of the fantasy world, but all and all I wouldn't really bother recommending this book to anyone.

The Collapsing Empire, by John Scalzi (B+)

This is a fun little space opera. An everyday woman inherits the throne to an intergalactic empire. But the warp gates that hold that empire together may be failing. And there are plots to overthrow the empire too! It's fun. People shoot at each-other. The prose is tight, and some of the characters are the sort of brave, clever, continuously foul-mouthed folks you just love to read. That said it's totally hollow. There are no new perspectives in this book, no new concepts. It's the sci-fi equivalent of popcorn covered in MSG. Mostly exactly what you would expect from John Scalzi.
It does have one of the tightest, most fun, and best written first chapters I have read in a long time. I would strongly recommend you read the first chapter the next time you are standing around in a bookstore. After that... your safe to skip it, but if your board it might scratch that itch.

I don't know quite how Kim Stanley Robinson manages to somehow have some of the most insightful and creative books around, and still feel formulaic at the same time. I guess it's sort of a signature style, and at the very least it's a damn good formula. The book centers around the NYC in 2140, after global warming has caused sea level to rise 50 feet, and submerged much of the city. Kim does his usual amazing job of exploring complex systems of ecology, economics, and meteorology, while delving deep into the history of things and places. As usual, a diverse cast of well developed and multi-dimensional characters explore this highly complex world and work to change it for the better while each pursuing their own goals in their own style. Unusually for Kim Stanley Robinson, the whole book takes place over a few years instead of century's or even Millenia.
It's good, it's solid work from a really good storyteller, but it's also just not particularly good when measured against his other books. I would say that it's totally worth reading, but not really a stand-out.

Provenance, by Ann Leckie (A-)

Ann's first book Ancillary Justice is among my all time favorites, but it's sequels were mediocre. Provenance is her best book since her first, and though technically set in the same universe1, it is so far removed as to effectively be an entirely different setting with occasional bits of fan-service. The book does a great job of taking several interesting perspectives and looks on the question of "what is authentic, and why do we care?". This question is applied to people, races, objects, spaceships, governments, and history among other things. The main character is a highly competent woman with a nearly crippling case of imposter syndrome. She spends pretty much the whole book with bother her inner monologue and her spoken voice claiming that she couldn't possibly, and she has no idea. This actually comes out rather endearing as the other characters grow through the process of believing her low opinion of herself, to believing in her capability and supporting her, to just rolling their eyes at her when she starts claiming her limitations.
Great characters, interesting bits of philosophy , and a pretty solid book. Worth reading.

A sequel to Ninefox Gambit, and a logical successor. This book is every bit as crisp and interesting as Ninefox was, but I feel like Ninefox gets the credit for introducing an amazing and fascinating new universe, while Raven Strat basically just soldiers on with it. As so often is the case, a great intergalactic empire hangs in the balance. The characters are all lightened up a bit, with a lot less actual and implied sociopathy on display. If you enjoyed Ninefox Gambit I would totally describe it as being worth your time to continue with Raven Stratagem. I wouldn't describe this as a book you need to start the series just so you can get to.

Six Wakes, by Mur Lafferty (B-)

Oh Mur! I'm so happy to see you on the Hugo list, and I really really want to like your book more than I do. This book is aiming to be, and actually manages to be, a weird murder mystery with lots of epic and unexpected twists. The poetry of the twists and how they weave together is pretty good, but unfortunately the absolutely absurd world creation, revolving around instant personal duplication and people restricting it's usage, simply broke my "willful suspension of disbelief". Things simply don't work in a coherent way in the "six wakes" universe, and Narrative Causality runs rampent.
The characters are mostly multidimensional, and even likeable, but somehow I never really found myself caring about any of them.
The solution to the books "impossible logistic situation" of is obvious and even telegraphed.
I wish I could recommend this book. Alas, I would put it firmly in the "don't bother" pile.